Aside from Tunku Aziz Fiasco, this is a reminder for CM Lim as well as the 'mudah lupa' hardcore DAPsters.

September last year CM Lim said this
"You don't have to worry about your safety when you come to Penang. In Johor, if you are a Singaporean, you are likely to get kidnapped."

And during his reign, the following incidents happened.

Dear Singaporeans, do you trust this CM?


CM Lim, as a public figure, don't say something that you cannot guarantee, it's best that you talk about Penang's positives, don't condemn others. Learn to control your emotion and think before you say something. Tunku Aziz fiasco should taught you a lesson.

CM Lim and  hardcore Penang DAPsters should also follow your own Teresa Kok on her ceramah rounds. She claims that her Selangor goverment is the best and provides the most to the rakyat. She claims (and shouts in heavily accented Malay) that no other states does this and that.

So where do Penang stand? Second best? What about Negara Kebajikan states, Kedah and Kelantan, worse of the lot? Aren't you guys supposed to be consistent and not indirectly put down each other, ebeer mind putting down BN controlled states?

Even your policies differ from each state! Eg, No palstic bags on Saturdays in Selangor, All days in Penang but not implemented in Kedah and Kelantan. Where's the consistency and what happened to Zaid Ibrahim powered common policy framework?

CM Lim also threatened to sue Bernama over the kidnapping statement, which did not materialise until today. Again, THINK before threatening others, especially the press. 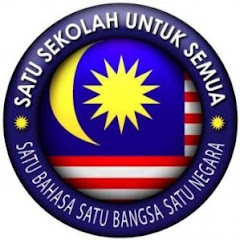 What's On Other Blogs

balan
Love politics, freedom and people. An armchair observer, lazy to participate in the real world to change things as I believe change has to come from within, either by observing, reading or being knocked on the head to change or from reading blogs like mine. Believe that upbringing and ability NOT to forget the past, is more important than education/degree to survive in the real world. A true Malaysian who studied in National School and was mesmerised by the diversity of malaysians

SAY NO TO RACISM Loading...
There are always limits to any form of freedom, more so freedom of expression.